Gone are the days when you had to shed a hefty amount to buy a smartphone with a premium design, crisp display and a multi-core CPU bundled enough RAM to handle multiple tasks at a time. These days you can easily get a handset in under Rs 15,000 with full HD (1080p) or at least an HD (720p) display, 2GB or 3GB RAM, an octa-core CPU and a design that you can openly flaunt in your peer group without hesitating a bit.

Moreover, the smartphone these days are also integrated with features such as fingerprint sensor, Gorilla Glass protection, etc. that were once reserved for flagship handsets from big guns such as Apple, Samsung and HTC.

That said, here we are pitting three of the most popular budget smartphones of 2016- Xiaomi Redmi Note 3, the recently launched Motorola Moto G4 Plus and Samsung Galaxy J5 (2016). These smartphones are heavy on features but light on your pocket. The following comparison will give a better understanding of making a sound decision. Here you go!

The three smartphones borrow the design cues from their previous generation handsets, but improves on a number of factors. Among the three, Xiaomi Redmi Note 3 simply wins the contest because it features a full-metal design at substantially lower price-point. The other two smartphones also look good but if you are fan of metal and glass, then Redmi Note 3 is the device for you. The smartphone also gets matte finish, which does not make it a fingerprint magnet.

Coming on to the Moto G4 Plus, the smartphone holds the second position in terms of look and feel and maintains a premium design with an urban feel to it. Moto G4 Plus has a metallic frame running on the sides and the back panel has been given a criss-cross pattern, which looks much better than the brushed metallic finishing of the Samsung Galaxy J5. The Black variant of Moto G4 Plus is simply gorgeous to look at. Motorola Moto G line-up has certainly aged beautifully when it comes to pure design.

And as expected, Samsung Galaxy J5 (2016) has to compromise with the third position when we talk about design. While the handset has improved over its predecessor, it’s still not a match when you compare it with the former two. The smartphone comes with a diamond cut metal frame and a plastic back panel with a brushed metallic finish. It looks aesthetically pleasing and the rounded edges add to the comfortable handling in everyday usage.

Display
Xiaomi is known for offering top-notch features at an affordable price-point and the same goes with the Redmi Note 3. The smartphone offers a 5.5-inch 1080p screen powered by Xiaomi’s Sunlight display technology that dynamically adjusts the contrast of the whole screen, taking care of the darker and brighter areas separately so you can see everything in any condition. In short, it makes the content easily visible in outdoor conditions.

Motorola also for the first time has included a 1080p display on its Moto G series. The Moto G4 Plus features a 5.5-inch 1080p display with Gorilla Glass 3 coating. Both of these smartphones beat the 5.2-inch HD Super AMOLED display of Galaxy J5 (2016) in terms of pixel density, however Galaxy J5 (2016) has an advantage over Moto G4 Plus an Xiaomi Redmi Note 3 due of its AMOLED display technology that delivers vibrant colours and deeper blacks in everyday usage.

Motorola and Xiaomi both have crammed in a 16MP rear camera with Motorola offering laser autofocus Phase detection autofocus system to quickly lock the subject, and Xiaomi giving promise of 0.1s ultra fast Phase detection autofocus system. Both the handsets have an f/2.0 aperture and are accompanied by a dual-tone LED flash at the rear. The front of Redmi Note 3 and Moto G4 Plus gets a 5MP camera for selfies and video calling.  The camera app of both the handsets supports features such as HDR, tap-to-focus, panorama, and a professional mode with options to tweak ISO, exposure, colour balance, etc.

Samsung on the other side is shipping the Galaxy J5 with a 13MP auto-focus rear camera module and a 5MP front camera. In terms of pure numbers, Moto G4 Plus and Remi Note 3 has an edge over the Galaxy J5 (2016)

However, if you are fond of taking selfies even in low-light, then you will find the Samsung Galaxy J5 (2016) a better option as it features a front LED flash light.

Computing is an area where we think Motorola has an advantage over Samsung Galaxy J5 (2016) and Xiaomi Redmi Note 3 as it packs an octa-core CPU, however we cannot underestimate the power of Snapdragon 650, which has proved its potential in past some smartphones.

But Xiaomi Redmi Note 3 is a clear winner here. It packs in a 4,050mAh battery unit, which will offer better standby and usage times in everyday usage.

Motorola G4 Plus and Xiaomi Redmi Note 3 integrate a fingerprint sensor, which you will not find in Samsung Galaxy J5 (2016), however you will get the Samsung’s S Bike mode that is exclusive for Samsung devices. If you fancy the fingerprint sensor, then Moto G4 Plus and Xiaomi Redmi Note 3 are the right option, but if you commute on a two-wheeler then Samsung galaxy J5 (2016) with the S- Bike mode can serve you better. 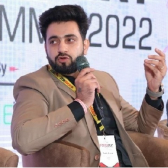