When Apple convened the mega event centered on iPads in San Francisco on 22nd October 2013, it was hard to believe that they had actually lived up to their tagline: “Do even more with new apps and features.”

When they showcased their treasure-chest for the future, adorned with new operating systems, new Macs, new iPads including Mac Air, and MacBook Pros, hardly anyone commented on their invitation tagline: “We still have a lot to cover”.

The event saw Tim Cook, the CEO of Apple attack Microsoft and other PC vendors, saying that his competitors are actually confused about the direction in which they ought to move. He assured that Apple was investing in innovation and was working hard on improving the Mac.

Cook held PC vendors and Microsoft at folly for investing in Netbooks, before being crushed by tablets. Just before the jab, Cook announced that the market share of iOS 7 is now  64%, which he declared to be in sharp contrast to the initial figures of its competitors.

As users all over the world are gradually moving away from PC and towards smartphones and tablets, the giants Apple and Microsoft are increasingly being pitched against each other over their new products. While Apple has announced that it will release the next generation of iPad tablets, Microsoft is also set for a grand tablet launch with its Surface tablets, a much improved version.

A lot of enterprise and consumer money is at stake over the success of these two companies. Both Microsoft and Apple have employed strategies with a similar note to line up their respective tablets. They have both introduced high–end as well as low–end tablets. Now, tablets are available in all price ranges, taking into consideration various budget groups and all other user types.

Microsoft’s new Surface tablets are slightly lighter and thinner than the ones released last year. The battery life is better, and there are more options for storage now. It operates on Windows RT 8.1. The processor for Surface Pro Series 2 is Intel Core i5. It can accommodate a maximum of 8MB RAM and a storage space of 512GB. It is equipped with a Surface Pen.

The tablets offer displays of 1080p HD and come with Microsoft Outlook and Office compatibility. The other features offered are SkyDrive storage (200GB), cameras, USB 3.0, and Skype minutes (unlimited) for one year.

Apple, on the other hand, comes up with two iPads: the Mac Air and the iPad Mini with Retina Display. Both will reach the market by the end of November this year. Though a little heavier than the earlier versions, the new iPads come with a lot of improvement as far as screen resolution and processor are concerned. Now, the screen has a resolution of 2048×1536 pixels and the processor is A7. The options for connectivity have been increased and the battery life remains unchanged.

The iPad Air is lighter, thinner and packed with power, with no change in the price tag. The Mini-series has an iOS7 processor and includes configurable storage, 5 megapixel camera, and a whole bunch of accessories. Apple, as always, offers creative software to its customers. These are now taken to a new level with the release of the new tablets.

Garageband and iPhoto now come free for both iPad and iPhone users. These useful apps help you with creating and recording music and managing your photo albums.

At the San Francisco event, Cook remarked that Apple’s competition is different and that the PC manufacturers are quite confused. Apple’s competitors chased netbooks earlier and are now trying to make tablets into computers and vice versa. But where is Apple headed? A comparative study of the features of Sony’s Tablet Z, Mac Air and Samsung’s Galaxy Note 10.1 will give a clearer picture.

The display on the tablet is a very important feature for almost everybody. The Mac Air comes with a 9.7-inch Retina display with a 2048×1536 megapixels screen resolution. It gives a 264 pixels resolution in every inch, which is quite satisfactory for crisp and sharp display.

The tablets from both Samsung and Sony come with a slightly bigger display of 10.1 inches. The screen resolution is different for both. Samsung’s Galaxy gives 2560×1600 pixels and Sony’s Tablet Z comes with 1920×1080 pixels. Thus all the three gadgets have excellent screen resolutions and are comparable to each other.

Next is the camera. You may not be very comfortable with taking snaps on your tablet. But sometimes you will find that it comes in handy. Both Sony and Samsung offer 8 megapixel cameras, while Mac Air offers a 5.0 megapixel camera.

The megapixels of the cameras is not the only feature that should be compared, though. Apple has packed its iSight camera with a number of features.  Everything taken together, Apple may come out as the leader in this respect.

When it comes to size, Apple has definitely put in the maximum effort in making the new iPads lighter and smaller. Size is also a big deal for everyone. Would you like to carry around a bulky device? Apple’s iPads leave behind both Tablet Z (496 grams) and Galaxy Note 10.1 (540 grams). The Galaxy Note is also thicker in comparison to the other two.

Comparing the battery life on these three tablets is tricky. However, all of these tablets have comparable battery lives. Apple’s Mac Air will have a battery life that can support up to 10 hours of watching videos, listening music or browsing the web on Wi–Fi. Sony offers the excellent feature of “Stamina Mode” that shuts down all running apps to conserve battery. The battery itself supports Web surfing for 8 hours on Wi-Fi and video watching for 10 hours. Samsung offers 10 hours of watching videos and 9 hours of web surfing on Wi–Fi.

The total number of iPads sold by Apple is an astounding 170 million, a market share that is way bigger than any of its competitors. Cook claims that Apple iPads are used over four times more than all the other tablets taken together. If the Apple Mac Air can live up to it, then the tablet market will be dominated by Apple in the future as well.

So Are Apple Any Different?

Apple’s Tim Cook may have been spot on when he spoke about the prevailing confusion among vendors and PC manufacturers over their market strategies for the future. While some have been betting big on netbooks, others have been allocating their technical resources for tablets. This confusion is radically different from Apple’s tried and tested strategy of lining up products vastly different from the competition. The new iPad Mini and the Mac Air promise to shift the focus back to what Apple does best: cutting edge innovation with upgraded features for the connoisseur. 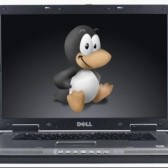 My name is Nakul Talwarkar. I write for Laptopsmax.com. A blog that focuses on the latest trends on Laptops and Personal Computers.